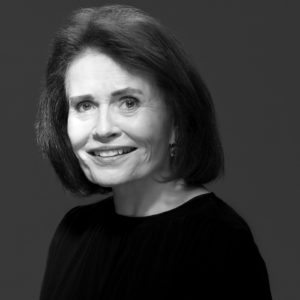 In many ways, the roots of OPTIMAL DISTANCE, A Divided Life, extend back to June 17, 1947, the day after my fifth birthday. As I lay on my stomach on a surplus Army blanket in Logan, Utah, I used a crayon to illustrate my feelings in a pink diary with a praying child printed on the cover.  Unable to spell more than a few words, I tried to draw how I felt. The diary had arrived in the mail, a birthday present sent by my Aunt Mary from Salt Lake City. It had a pseudo lock and key, but I soon lost the tiny aluminum key and had to break the lock. When the pink diary had no more empty pages, I began using  a school notebook, a habit that persisted for the next seven decades. Writing has always kept me alive.

I was born in Utah in 1942. My father was a scientist and atheist, distantly related to Simon Bamberger, the first and only Jewish governor of Utah. My mother, a descendant of prominent Mormon pioneers, lost her familial faith during the Depression. Tragically, she developed paranoid schizophrenia shortly after my birth and, from then until her death, her mind was under the control of invisible demons.  As an only child in Logan, Utah, I took refuge in the interstices of the Mormon Church trying to keep a safe distance from my mother’s unpredictable and murderous impulses because I knew she would never follow me there. I often felt like a small wild animal desperately hiding from danger among a large herd of domineering dairy cows.

I was fourteen when I left Utah and Mormonism behind after my father was transferred to Bozeman, Montana.  A year later he was sent to Bakersfield, California where I finished high school. Following studies at the University of California, I traveled in Europe and worked as a medical volunteer in Africa.  When I returned to Berkeley, I gave birth to my daughter, pushing her stroller through demonstrations for Free Speech and against the War in Vietnam. In 1966, I left Berkeley to finish my thesis on leadership in a rent-free house in Northern Idaho. Two years later, a job offer to become the director of the county-wide Head Start program brought me to Boulder, Colorado, where I still reside. In 1971, I undertook an assignment for the Ford Foundation to help develop the Native American Rights Fund, where I met and fell in love with Bob Pelcyger .  We were married in 1975, and for the next four decades, I worked as a management consultant serving clients who were lawyers, doctors, and women in leadership positions.

In 1999, as a finalist for the Bakeless Literary Prize, I was invited to attend the Bread Loaf Writers’ Conference. My publishing consult was with Carol Houck Smith of W.W. Norton, who encouraged me to expand my workshop submission into an autobiography. Then fifty-seven, I had been “living” with metastatic cancer for a decade,  and didn’t believe I had enough time left on my life clock to undertake such an effort. Nonetheless, buttressed by Carol Houck Smith’s endorsement, I began searching through my diary entries for clues and areas of research.  Progress slowed after I suffered a near fatal stroke while flying to Utah in 2007. Sadly, Carol Houck Smith died the day after Thanksgiving in 2008, while improbably, I lived on.

After forty-two years of marriage, Bob and I made a bucket list for what each of us wanted from the other before our approaching deaths.  The only item on Bob’s list was the completion of OPTIMAL DISTANCE , A Divided Life, Part One and Part Two.  Now seventy-five and dependent on a life-sustaining cocktail of medications, I have finally fulfilled my beloved husband’s request.  Credit should go to Bob for his endless persistence and to Aunt Mary for the gift of a pink diary.

“A Look at the Work of An Indispensable Institution,” Announcements, Boulder, NILL Press, Spring 1983, pp. 1-10.

Management of Legal Services for the Poor